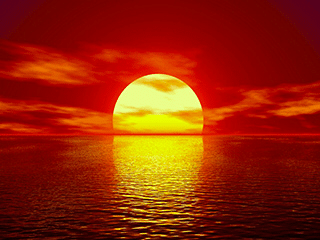 Not so fast! Whatever your position on the election, let’s not judge rhetoric as action.

President-elect Donald Trump has made statements on the issue of climate that could be construed as contradictory, and his choice for EPA transition leader is Myron Ebell, who has a long history of climate change denial. But gutting environmental protection and climate initiatives is not a foregone conclusion.

At the end of the day, we know Trump is a real estate developer, and that he has properties that may be greatly affected by the changing climate. He has kids who care and see what is happening around the globe. So please do not be resolute in your conviction that this new presidency spells the end of environmental policy advances.

I really don’t know how this will all transpire, but I do understand the economics of three key resources we depend upon every day: food, water, and energy. Each of these is under great pressure, and annual price increases of 5 to 13 percent are the norm.

Economics Are on Our Side

The cost of extracting new resources is accelerating every day, while the cost of reusing is decreasing every year. This means that recycling and reusing our resources again and again is becoming increasingly economically feasible. Hence, return on investment will dictate how we use these resources, regardless of new rulings or policy changes.

As shown in the chart below, we have entered a new paradigm of investments that used to be the focus of the nonprofit or foundation sector exclusively. Now in a for-profit mode across many of our resources, we do not need tax credits or incentives to spur investment in our resources; we can do this viably without.

So why do we need the government? Well, it can offer incentives to help accelerate the change, and it can prevent further destruction to habitats, ecosystems, and our atmosphere. We need the U.S., Indian, and Chinese governments to work together to rapidly curtail the negative effects of fossil fuels.

We all know time is precious. Carbon and methane are altering our atmosphere, and we must do what we can to slow and eventually halt this change.

I have observed that mankind rarely gets in front of an issue before facing some of its consequences. So mobilization will most likely require a series of additional Katrinas, or Sandys (which, unfortunately, are inevitable).

Just a small increase in sea level, coupled with moon cycles and a storm surge, creates intense flooding for waterfront cities like Miami, Washington D.C., Wilmington, Annapolis, and much of the entire eastern seaboard.

According to the World Bank, the following ten coastal cities are most at risk of flooding (as measured by overall cost of damage):

I point this out because flooding is the most obvious indicator we have. That and the intense summer heat we are seeing, with every sequential year weighing in hotter than the last.

Sadly, there is limited political interest in the massive dying off of species, flash flooding due to increasing intensity of storm systems, ocean acidification, and if you’re paying attention, the annual decrease in atmospheric oxygen levels. Each of these is easily as devastating as tidal flooding; their immediate direct effects are merely less recognizable at present.

It’s Time for Greater Investment, Not Less … (Plus Political Action)

So, I come back to the fact that we do not need not stop investing into the resources that matter; the payback is already very good and only getting better each year. We do, however, need to apply political pressure to help develop policies to rapidly reduce and curtail the negative effects of practices that degrade our atmosphere and hence affect our climate.

Keeping What We Have Maybe Harder Then We Thought

Any real estate agent will tell you, "If you can't invest and maintain your own…

What a year 2016 was! So much occurred this past year -- some great events…

Going Local is Good for the Economy and Well Being

Buying locally starts with a focus on the independent retailers in downtown areas. As big box stores move in, we are losing the quaintness of our downtown areas, and the relationships we have with local retailers.