A lot has been written about what has happened to America’s Main Street?  Wal-Mart, Home Depot and Costco moved in.

If you drive around the country you will see many of our downtown Main Streets are empty.  The independent retailers are gone; they couldn’t compete.  The simple reason: Why would consumers pay 10% more to shop downtown? Go to the big box store and save.  But did you really save anything? Never mind the fact you bought three times as much as you needed. Have you spent your money wisely? Maybe, but are you better off?

Those great little shops on Main Street are gone, and so are the people you knew who ran them.  The job loss hurts the local economy, housing market, etc., but worst of all you lost part of your community and that cozy feeling of walking down the street and knowing the people who run the shops and others that walk there, too. That great feeling you get when you stop in a store, say, “hello” and then stop for a cup of coffee because you just happen to be there getting things done. 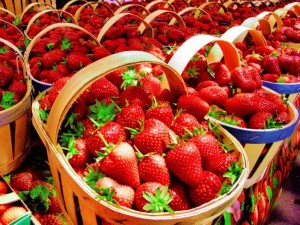 any meanings, but keeping your neighborhood shops in business is probably the closest to home. In this era of convenience what could be more convenient then knowing the people you buy from?  Who will look out for you, advise you and find what you need?  Relish and cherish your community — and that starts downtown.

The real discussion that we need to have is: What is the economic optimization for any community, whether it be a town, city county, state or country? We need to rethink the idea of lost cost producer.

Wal-Mart is now going to buy locally more often. Why?  To reduce its supply chain costs.  Measured not only by the dollars but the negative externalities, such as the packing, the refrigeration, the trucks and gas used to bring product in, etc. But what they are really doing is looking at the total cost equation and then realizing that they are helping the local economy.  Many big box vendors are looking at sourcing locally, as well. Sears announced it is now giving the local manager ability to procure local products that people want in their market.  Good idea.

However, this will not help Main Street, although it does begin to help the local economy.  Economist Robert Shoemaker wrote about these ideas in “Small is Beautiful,” promoting the idea small working farms with less mechanization, which employed more people and made for a better society overall.  Paul Hawken wrote “The Next Economy” and talked of a new way to look at economies:  The real issue is we have think about the entire systems and the impact that we seek.

What do you most value and what are you willing to do to create that environment that you want to live in?

Election/Environmental Blues? Not so fast! Whatever your position on the election, let’s not judge rhetoric…